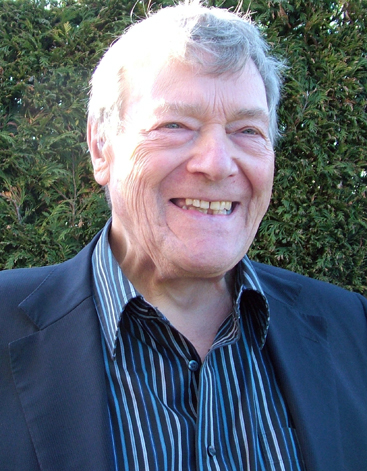 My name is James Clark; I was formerly a travel journalist and freelance writer and the Author of a number of books including “The Complete Traveller”  “Travels with my Camera “and “I Hate Mondays”. Although long retired I continue to write freelance travel commentary for travel internet sites and articles for national newspapers and magazines.

This site was originally a business tool but as an indulgence to no-one but myself, it is now my personal website.  It now contains my regularly updated blogs under my page Jake’s Progress. Other pages are a selection of my travel articles, personal musings and few photographs.  I have also included pages with the poetry and prose of some of my friends who I met along the way, simply to prove that I am not Billy No Mates, ha ha!

My original website was designed and written by me as a completely solo effort, having taught myself from a borrowed library book.  When I decided to upgrade I quickly discovered that the years had not been kind to me and I had forgotten how I did it.  I do very occasionally forget things according to my critics (my family).

Fortunately I have a quite brilliant grandson, who had taught himself web design and construction.  Hence my new and improved site is designed and created by that very clever grandson, Ben Larkman, whose work I very proudly present. He has managed to kick start my elderly brain and I am once again able to update the site without his hand holding.

In my long life, prior to being in the travel industry I served in the Merchant Navy and then the Royal Navy, followed by a many years in a senior position in the motor trade.  A background that has given me a somewhat cynical outlook and an analytical mind which tends to mean that I question everything that I am told and often respond with a suspicion that borders on the mocking.  As a journalist this has served me quite well.

Why Jake?:  Nicknames are a regular part of life in all of the armed services but in the Royal Navy a nickname has been de rigueur long before Nelson was a lad. Perhaps it’s a bloke thing, some relate to a person’s occupation or social standing their origins lost in time.  The Coxswain is ‘The Buffer’, the storeman is ‘Jack Dusty’, the First Lieutenant is the ‘Jimmy the One, the commissioned Warrant Officer is known as ‘The Gunner’ and the Royal Marine becomes ‘Sticks’.

My own nickname Jake has a more modern connotation. In the 1950s a French former Naval Officer called Jacques Cousteau gained fame as a diver with many underwater T.V. documentaries. I was a junior naval officer, the ship’s diver and underwater demolition specialist and to my dismay became Jake Custard.

Fortunately the Crème Anglais part was dropped quite quickly with familiarity but Jake seemed to follow me from ship to ship and then from ship to shore for the next fifty years or so. I suppose I shall eventually become used to it. A rose by any other name . . . . . . ..  Perfectly logical to those practising ‘Jackspeak’ so the name stuck, it’s Jake that I am saddled with.

I am a freelance writer and a Member of the Association of Investigative Journalists. In my previous life I was the Chief Executive of a UK Travel Agency which had some 208 franchised outlets. On selling my shares in the company, I took my seminar lecture notes and put them into a book on starting and running a flight and travel agency from home, and my career as a freelance writer began.

I am too ancient now to pursue my main hobbies of sailing and rock climbing and now have to settle for the gentler pursuits of photography, driving my Louis XV (I’ve upgraded from the Louis XIV) Lexus, indulging my Grandchildren, collecting and reading poetry books and of course travelling.  I still manage to blag a place on friends yachts, and take a tent and go to look at the blue remembered hills.

I have written articles on travel and related subjects for National Newspapers, and continue to write travel commentary.

In my long life, prior to being in the travel industry I have had a number of occupations including the Royal Navy followed by many years in a senior position in the motor trade.

My regularly updated blogs that are bound to upset a few people you will find under “Jake’s Progress”.  Enjoy! or you can always do the alternative, am I bovered?

Since I have been writing blogs I have often awoken internet trolls who have accused me of right-wing bias, bigotry and of being anti-guardianistas.  I had to agree with these accusations although not with the rest of the crap (usually unsigned) that they poured out.

As I have said in another place: My politics lean to the right of Margaret Thatcher and close to Attila the Hun.  I was born before WWII and a wartime childhood may have coloured my views.  However this is my website and I shall continue to post my odd and sometime extreme views on it.  If you don’t like them, why not write your own?

If you cannot get enough of me, I can also be found on Twitter @jakethewriter

I have also turned a lot of my blogs into Podcasts on RadioFreeUK.org and some of those also turn up on YouTube under Radio Free UK jakethewriter